Airbus selected MID as the location for their hot-humid tests, so the plane flew in mid-week from MKE (where the cold tests were performed), and word has it, will leave at 6pm tomorrow, bound for TLC for the high altitude (hot and high?) tests. TLC sits at 8466 ft.

The plane flew yesterday (no-go for me, I was out of town) for a few hours. Same story today, plane went out early in the afternoon for a few touch and goes (I missed them), and after chilling for a while, it went out for a 2h flight over Campeche and Cd del Carmen. On the way back they were cleared #2 for 10, and we were going to get buzzed, but to avoid a slow approaching E190 (#1), tower gave them the option to land on 36, which they did, we weren't happy, but the results were good. 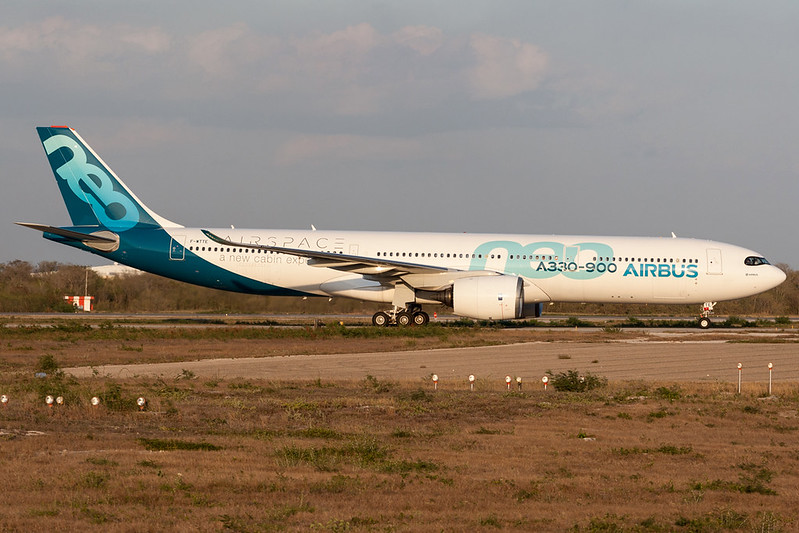